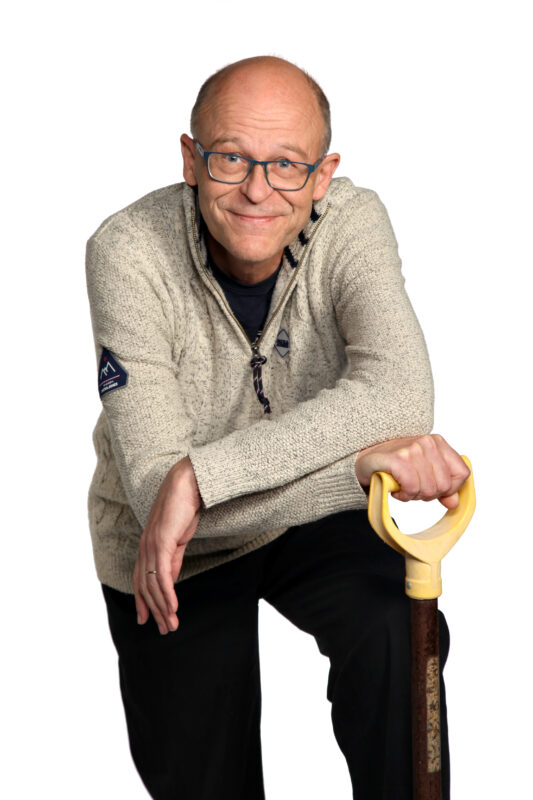 Co-workers characterise Juha as a fount of knowledge, just like MacGyver. What does Juha himself think about this? “It’s great, even as a joke, to be compared to an imaginary character who knows how to make a remotely detonated bomb out of gum and pinecones.”

Juha has a doctorate in chemistry, and in his current position, he has a strong role as a chemist. “There are four other chemists in the company, all different and with their own strengths,” Juha says. He summarises his role in the company that his job is to answer the questions: how and why?

“When chemistry and technology are combined, it’s important to know the causes and consequences.” The ability to consider them is what Juha believes to be his particular expertise. Developing processes from the ground up often requires that you first need to figure out how to do something. In many cases, this requires creative solutions. The first step is to determine measurable properties for the qualities that interest the customer. The properties give us information on how these qualities evolve when adjusting the recipe of the developed mixture. In this way, it is possible to make observations about the impact of the changes and their management.

In his work, Juha strives to take the changing circumstances into account. Especially the production process designed for the customer must withstand changes. “Fixing things by adding variables is not a good idea,” Juha explains his work philosophy. “People tend to do unnecessary things; that’s something I’ve been trying to avoid.”

Juha started working at Apila Group at the beginning of 2018. CEO Mervi Matilainen and Juha have a common acquaintance who suggested the company to Juha. They signed an employment contract, and Juha was involved when the company was surveying the new premises in Lehmo. In the end, a floor drain and a lifting door were enough. “Lights and walls can be added, but if large items can’t fit through the door and cleaning is difficult, the facilities won’t work.”

Circular economy – a threat or an opportunity?

Juha was supposed to become a limnologist when he grew up. He says that it was his dream to spend his days fishing as a job. At that time, studying biology was in all the rage, and it was not easy to get in. Instead, Juha ended up studying chemistry and took biology as an academic minor, even though the original plan had been the opposite. He ended up working in the field of the circular economy by chance.

In his current job, Juha likes versatility and freedom of choice. Sometimes difficult tasks come up for which there are no ready-made solutions. In this case, the solutions must be figured out and adapted, if necessary. The most challenging part of the job is bureaucracy, such as systems, standards, and “right” procedures. “In later life, even an anarchist has to admit that bureaucracy is the glue that holds the society together,” Juha laughs.

When asked what the circular economy means to Juha, he thinks for a moment. “The circular economy is sourcing, i.e., procurement. Someone has something that has certain qualities. It could be of use for someone else looking for those qualities. Unchanged or with minor changes, the goods move from place A to place B, and both parties profit.”

“Working with your hands is fun”

In his free time, Juha does woodwork and has also learned to work with iron. “The goal is to achieve a balanced, neat looking, beautiful and practical result.” He has also made functional, on-demand furniture, usually created on his wife’s initiative. The only guideline is that the furniture can’t be so large you couldn’t fit past it.

Pottery is one of Juha’s greatest interests. It is also associated with Juha’s most significant successes, as he considers the emulsion glass he has developed to be one of his most outstanding achievements. Be that it may that his tutor pointed out that the Chinese had done the same thousands of years ago. With a twinkle in his eye, he says that when he retires, he will build a pottery kiln to try Japanese glazing.

And how about now? What will you be when you grow up?  “The next stage is going to be an old-timer,” Juha laughs.